Adapting crops to shade for increased photosynthetic efficiency and yield

Steve Long is Ikenberry University Chair of Crop Sciences & Plant Biology at the University of Illinois. He is an Elected Member of the National Academy of Sciences (NAS) of the USA, a Fellow of each of the Royal Society, the American Academy for the Advancement of Sciences (AAAS), and the American Society for Plant Biology (ASPB). He has published over than 300 peer-reviewed journal articles, inlcuding original researches published in Nature and Science. Steve has devoted his career to the understanding of photosynthesis and its adaptation to the global change to increase the yield of bioenergy and food crops. His achievements include discovering the most productive land plant known—a grass from the Amazon, —and the development of the first dynamic model of the complete photosynthetic process, which is now being used as a design tool to engineer improved. He also identified Miscanthus as one of the most productive temperate plants, which as a result, has emerged as a major sustainable bioenergy option both in Europe and North America.

Clarivate Analytics (formerly Thomson Reuters) has listed Steve as one of the “Most Influential Scientific Minds” and "Most Highly Cited” every year since 2005. He is Founding and chief-editor of Global Change Biology, GCB Bioenergy, and in silico Plants, the Director of RIPE, TERRA MEPP, etc. His work has been recognized by many awards, inlcuding the 2012 Marsh Award for Climate Change Research from the British Ecological Society, the 2012 Kettering Award from the American Society of Plant Biologists, and the 2013 Innovation Award from the International Society for Photosynthesis Research. He was the 2013 Riley Memorial Lecturer of the World Food Prize and AAAS. He was also a member of the Intergovernmental Panel on Climate Change (IPCC) First Assessment Report Working Group, whose report was honored with a Nobel Prize. 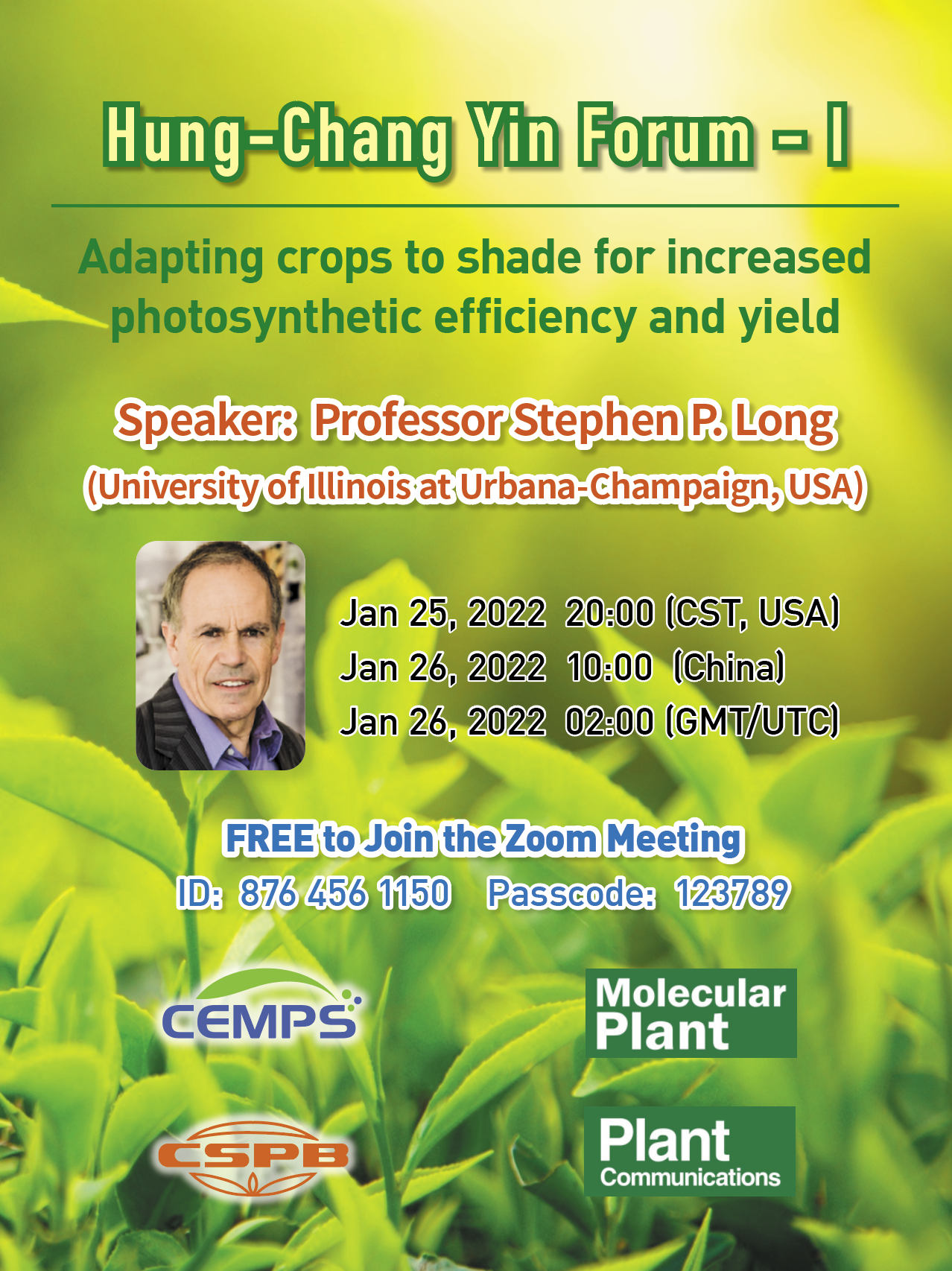